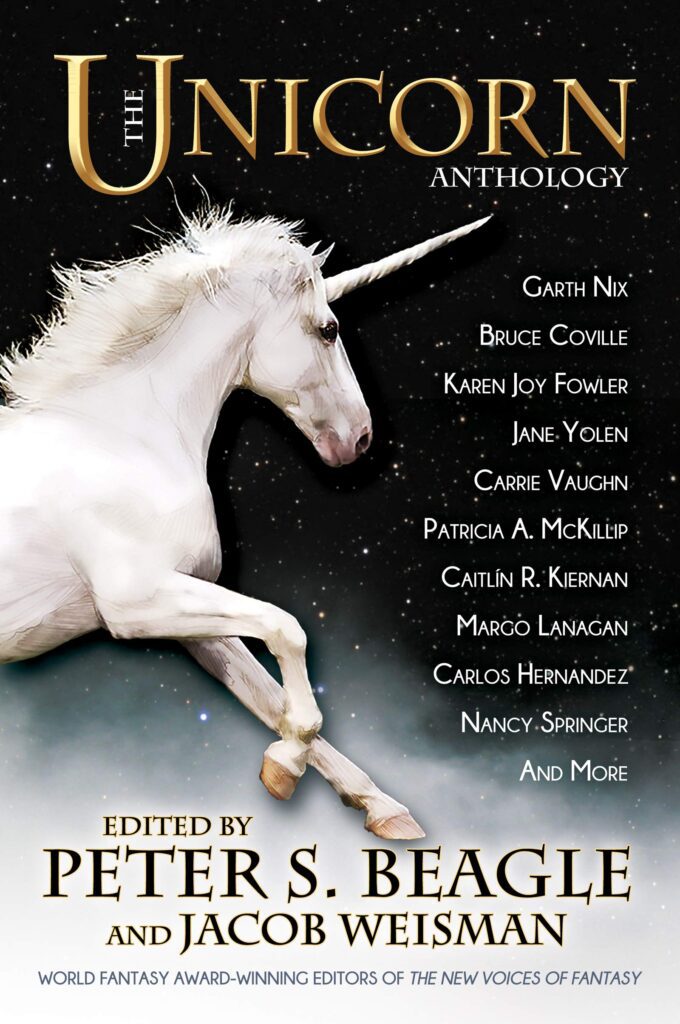 “What a treasure trove!”
—Sarah Beth Durst, author of Queen of the Blood

Unicorns: Not just for virgins anymore. Here are sixteen lovely, powerful, intricate, and unexpected unicorn tales from fantasy icons including Garth Nix, Peter S. Beagle, Patricia A. McKillip, Bruce Coville, Carrie Vaughn, and more. In this volume you will find two would-be hunters who enlist an innkeeper to find a priest hiding the secret of the last unicorn. A time traveler tries to corral an unruly mythological beast that might never have existed at all. The lover and ex-boyfriend of a dying woman join forces to find a miraculous remedy in New York City. And a small-town writer of historical romances discovers a sliver of a mysterious horn in a slice of apple pie.