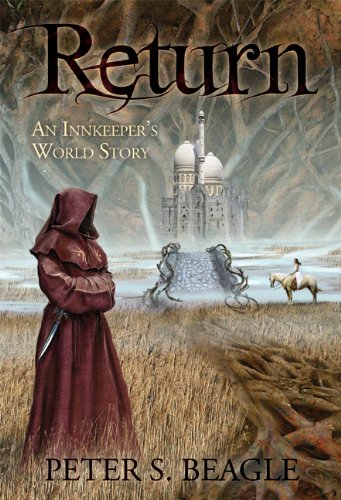 In 1993 Peter S. Beagle, author of the beloved classic, The Last Unicorn, took an old song lyric of his and spun it into the Locus Award-winning fantasy The Innkeeper's Song, an enchanting tale of three powerful women, each with a secret past, a stable boy, and an innkeeper who set in motion a series of events that bring them face to face with the forces of magic and the workings of fate.

Four years later Beagle took us back to their world in the World Fantasy Award nominated story collection, Giant Bones, and in the novella 'Lal and Soukyan' continued the adventures of two of his most-loved characters. In the decade that followed, Beagle touched on their world in powerful stories like 'Quarry,' 'Chandail,' 'Barrens Dance,' and 'What Tune the Enchantress Plays.'

Now, after a hiatus of six years, he comes back to the story of Soukyan (once known as Nyateneri) in Return. Return is a major new fantasy novella in which Soukyan turns to face the evil he has fled for most of his adult life, finally confronting the powerful forces that both made him and that have tried so tirelessly to destroy him. The end of the adventure is nearly here....